After one miscarry and one abortion,
Chrysanthemum was the only one of the does to give birth-
to Mr. Yarrow in the beginning of June.
As if the heat wave wasn't enough,
it was during a massive thunderstorm, just for extra drama. 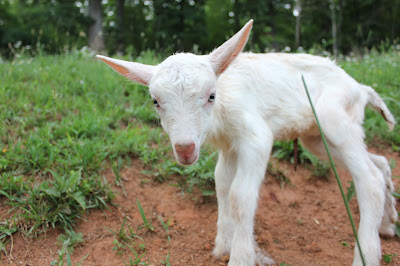 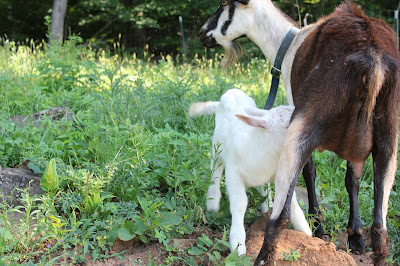 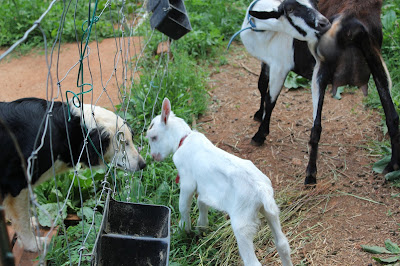 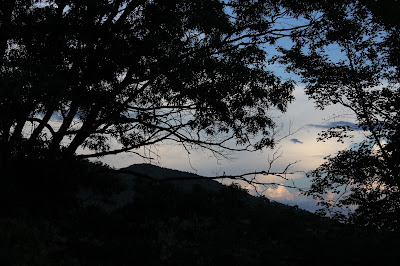 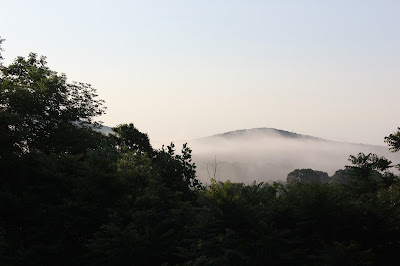 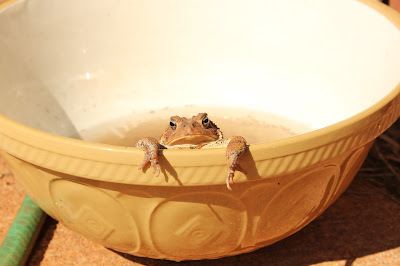 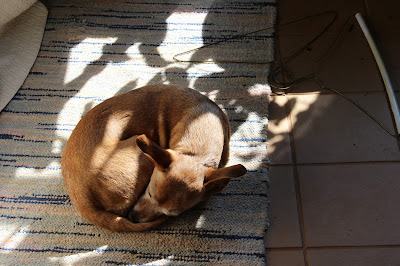 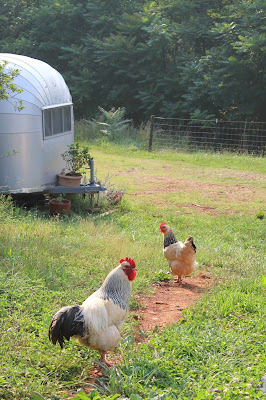 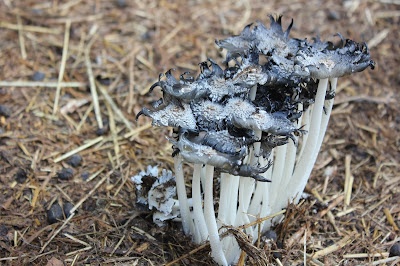 which more than wets the appetite
for crazy-looking (but delicious) raspberry cupcakes and hibiscus tea. 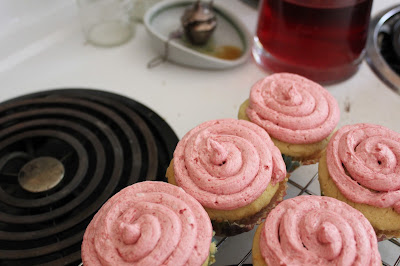 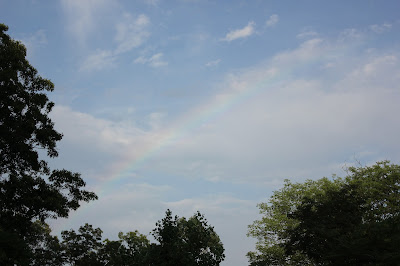 The chicks are so big now, and the couple of roosters starting to duck call-
I mean crow. At this stage it is easy to confuse the two. 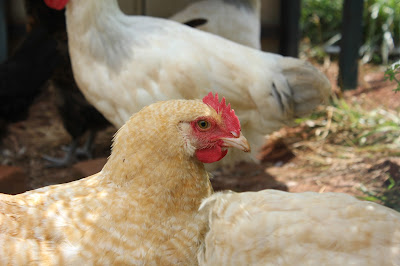 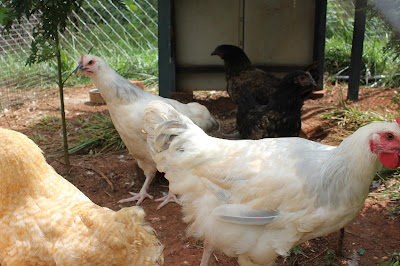 Daylilies are finally out-
many of my flowers seem later than others I see "locally";
I have particularly noticed this with the Columbines and Daylilies.
But this is the foothills of the Blue Ridge, so maybe it is a micro-climate thing. 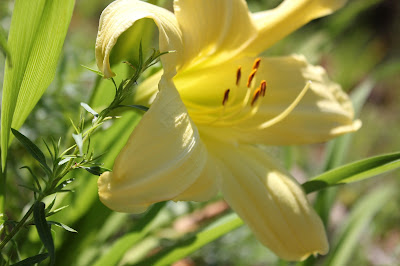 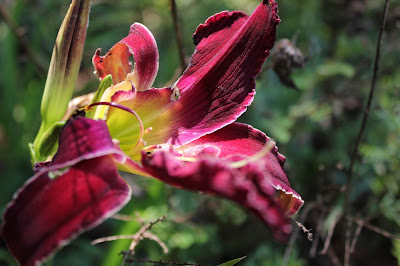 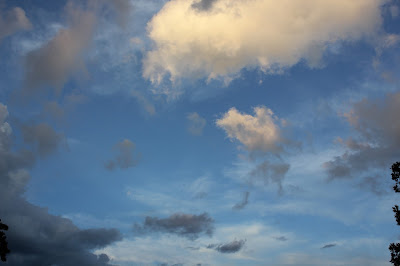